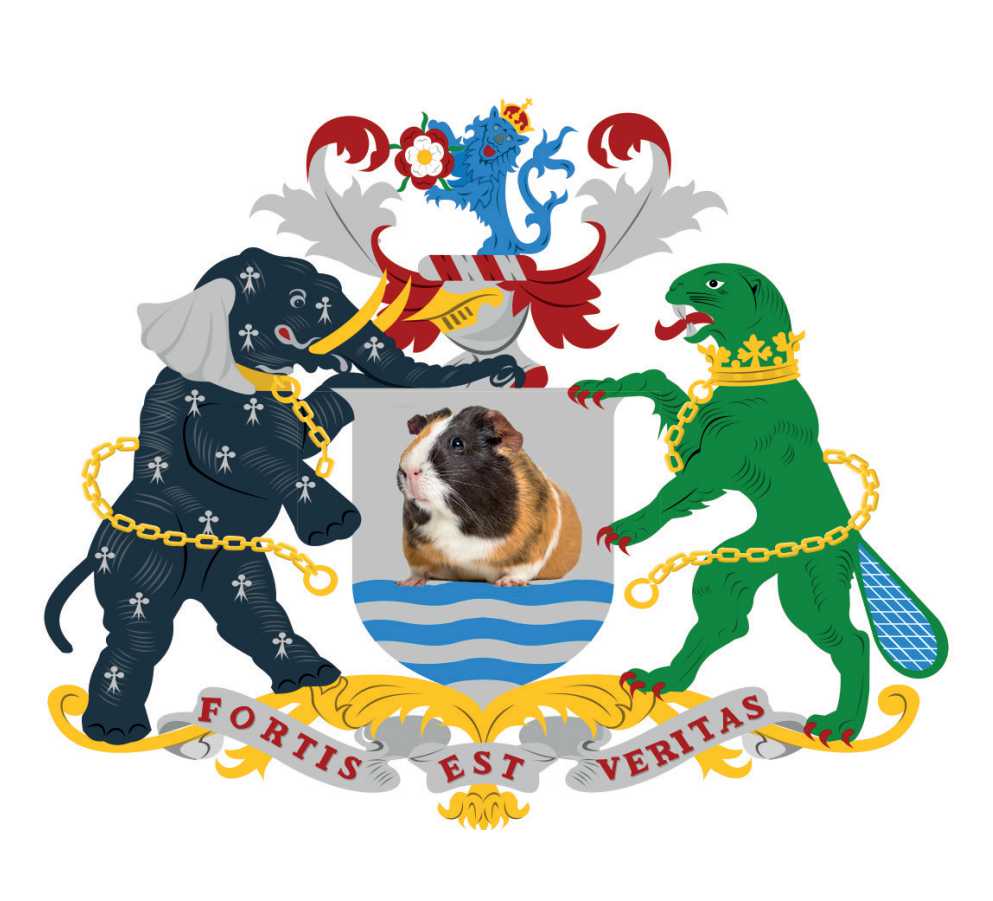 Below is our Oxford leaflet and further down is a list of references for the text.

Please note that we’re not actually calling the reader a guinea pig. Rather, we’re reminding them that it is Oxfordshire County Council that is planning to use them as a guinea pig. We are speaking to them as a friend and warning them that democracy in Oxford is being dismantled while their personal freedoms are being eroded and for no good reason.

We come straight out and say that there is no climate emergency and that 15 minute neighbourhoods are just a tool to bring in ever increasing control over our lives.

The idea is to make the reader think. It’s not an ordinary leaflet about a local issue with bullet points that the reader can scan. We hope it will set off a chain of thoughts for the reader that will make them realise this is a much more serious issue than it appears.

We call for residents of Oxford to oppose the plans.

I know this sounds a little harsh but the reality is that in 2024 you, the people of Oxford, will be guinea pigs.

You will all be subjects of a scheme known as 15 Minute Neighbourhoods. This sounds cute but it’s anything but. It’s a controlled system to restrict people from driving freely around the city.

You’ll need to register your vehicle (only one per person) to get permission for your quota of 100 days a year to go where you please with fines if you travel outside those days or at certain times.

Want to pop over to see your elderly mum in her care home? Well, you can’t without permission or a big detour on the ring road. What should be a ten-minute trip to take your children to the lovely park on the other side of town on a sunny day could mean an hour each way on a crowded dual carriageway.

Wave goodbye to impromptu pub lunches by the river or spontaneous surprise visits to a sick friend to offer to walk their dog. No more spur of the moment lifts in the rain to drop someone home. Everything will take much longer unless you have enough “credits”.

You don’t need to be a genius to see where this is going. Of course, the problem will likely get worse. The 100 days could be cut to 50 then 25 and then zero. The fines could get bigger until one day you just give up on owning a car which is what they want.

They have mostly been duped into thinking this is for the good of the people and the environment too and they will have been told to make sure it happens. [1] This directive is actually coming from their national party executives with all the main parties signing up for it. [2] It’s all sounding a little ‘Big Brother-ish’ isn’t it?

In fact, all this is coming from the United Nations Agenda 30. This includes the ultimate aim of moving the majority of the public to smart cities [3] where all activity can be monitored to control people’s Personal Carbon Allowance. [4]

By the way, reducing your “carbon footprint” may appear laudable but is it actually necessary?

The world has had five ice ages so far. Guess when the last one ended? Ten thousand years ago? A million years ago? No, we’re still in it! [5] So, of course the climate is changing as it always does. It’s a natural cycle. The planet isn’t “on fire”. Thousands of scientists agree with this, but you probably haven’t heard that.

Achieving NetZero by 2050 will destroy our way of life. But do you know how much all that sacrifice will reduce the world’s warming? Will it keep warming below the “target” 1.5 degrees? No, using the United Nation’s OWN figures, the destruction of your children’s future will result in reducing the warming of the earth by less than 1/10th of one degree and the UK’s efforts would only make 1/200th of a degree difference. [6] That will have no impact of any kind on whether the world warms up or cools down.

We know we are not allowed to discuss all this. It’s called climate denial. We can talk about the inconvenience of 15 Minute Neighbourhoods or how it’s bad for local businesses but we mustn’t say there is no justification for them in the first place.

If traffic is bad then we must make both Councils sit down and come up with incentives for people not to drive during busy periods in the short term and better planning in the long term.

You MUST complain about this plan, continuously. You must also give full feedback when the trial starts.

Oh, and don’t be a guinea pig!

From 2015: The Paris Agreement is a legally binding international treaty on climate change. It was adopted by 196 Parties at COP 21 in Paris, on 12 December 2015 and entered into force on 4 November 2016. Its goal is to limit global warming to well below 2, preferably to 1.5 degrees Celsius, compared to pre-industrial levels.

From 2016: Overview of how the new Urban Agenda fits into the United Nations Sustainable Development Goals plan.

From 2016: This page includes a summary of and links to the full text of the New Urban Agenda. The summary’s first point is “Embracing urbanization at all levels of human settlements” which means that the United Nations believes that urbanisation is to be encouraged as it is supposedly the most efficient use of resources.

This means that the drive to urbanisation for all is the ultimate expression of the UN’s Sustainable Development Goals.

From 2019: The report by Arup and the University of Leeds on C40 Cities.

From 2020: Arup is now pushing the next step of Smart Cities/C40 Cities by publishing a series of articles on 15 Minute Cities.

From 2021: Paris announces that it will implement plans to become a 15 Minute City.

November 2022: Oxfordshire County Council announce that the City of Oxford will essentially become a 15 Minute City.

Canterbury among others in the UK and many from around the world are planning the same thing. This all points to it being the final, local step to bringing in 15 minute cities globally as part of the UN Agenda 30 Sustainable Development Goals.

Every aspect of your life would be under scrutiny from a consumption perspective. Using apps as in this article would mean you would be one simple step away from it being included on a “freedom pass” style app as used in some countries during the Covid era.

A simple explanation about the history of ice ages and how we are still in the Quaternary glaciation.

Even Wikipedia has to acknowledge the facts and confirms that we are in an interglacial stage of the Quaternary glaciation (an ice age).

Lord Christopher Monckton  of Brenchley explains why the maths behind NetZero doesn’t add up. Reducing CO2 emissions as agreed by the Paris Agreement  will have no actual impact on the overall increase in global  temperatures.